JOIN US for e-news & offers

Merino is one of the most popular fibres, not only with hand-knitters but for the fashion industry as a whole. This is not surprising - it’s a natural fibre grown year-round by Merino sheep across the world. Here at Rowan, many of our popular yarns such as Big Wool, Felted Tweed, Brushed Fleece, Merino Aria and Baby Cashsoft Merino are made with Merino. Origins of the Merino fibres vary, but you can be sure that all Merino used at Rowan is mulesing free.

The properties of Merino

Like many natural fibres, Merino has some incredible properties! Not only does it keep you warm in cold weather, but it is also able to keep you cool when it is hot, by absorbing the body’s moisture and evaporating it outside the fabric. Additionally, it absorbs odour, which means you can wear it repeatedly and only wash the garment (always check the care instructions for this) if there is a stain. The incredible softness of Merino fibres also means that it’s very comfortable to wear against your skin and that it is even suitable for babies. 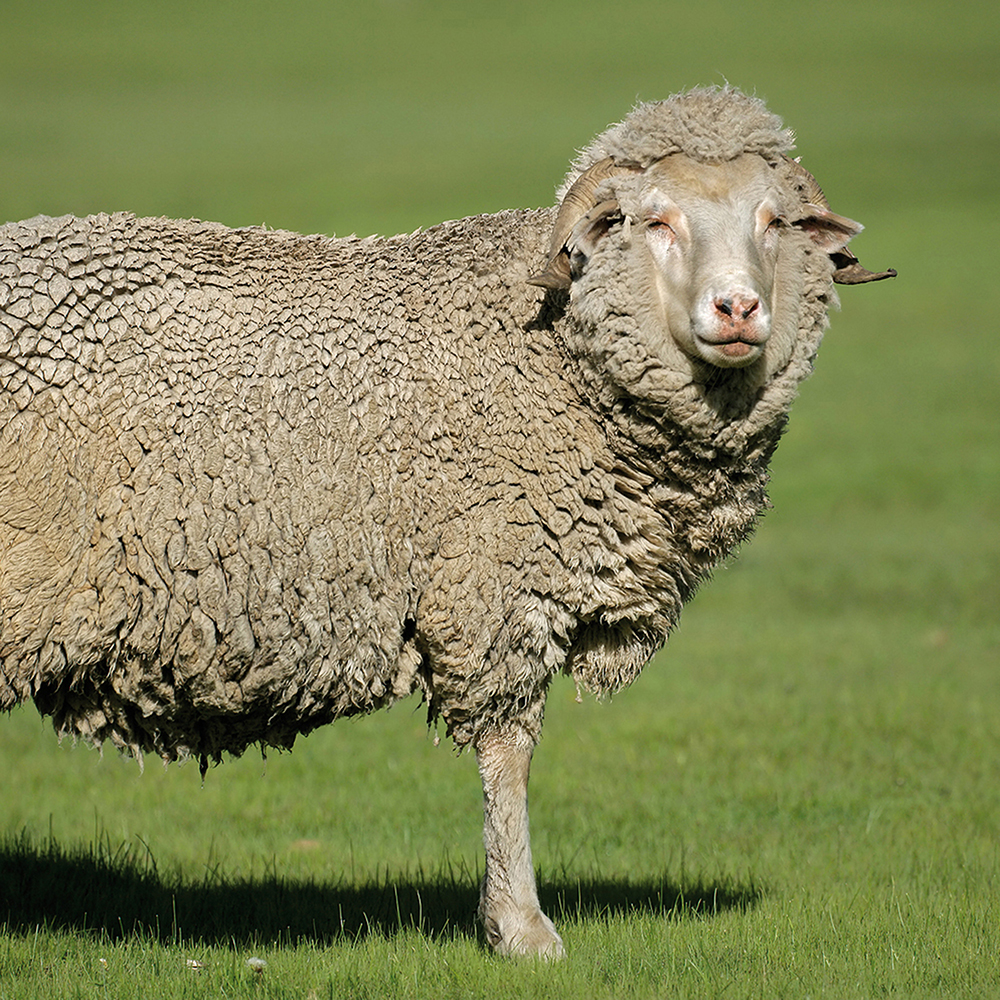 The incredible softness of Merino is what made this fibre such an exclusive product for a very long time. The origins of the fibre go back to Spain where Merino is documented for the first time in the early 15th century. The exact origins are disputed, but it is likely the result of a breeding development over a long period of time. Some theories suggest it came from breeding Spanish sheep with flocks from North Africa.

Regardless of the exact origin, for a long time, Merino was a very precious material. Until the 18th century, it was forbidden to export Merino sheep from Spain. If caught the offence would be punished by death. Once Spain allowed flocks out of the country, Merino sheep spread around the world. Today, there are a variety of Merino breeds that can be found across the world.

A large amount of the Merino wool produced today comes from Australia, but countries like New Zealand, South Africa and the US also produce Merino wool. Merino sheep are predominantly bred for their wool. They are hardy animals and adapt well to most climates. Ewes weigh around 55-80kg, and a grown ram can weigh up to 105kg. The colour of the fleece is white and generally has a micron count of less than 22.

This makes it comparable in softness to cashmere. Whereas cashmere comes from cashmere goats - individual goats can produce 0.2-0.3kg of cashmere - Merino sheep provide an average of 4.5kg of wool fleece. This makes it a more accessible and affordable fibre, and a reason why so many knitters love to work with it!

So many of our yarns use Merino. So, let’s have a look at some inspiration from the archive. If you are keen to knit with merino and to enjoy the amazing properties of this natural fibre. 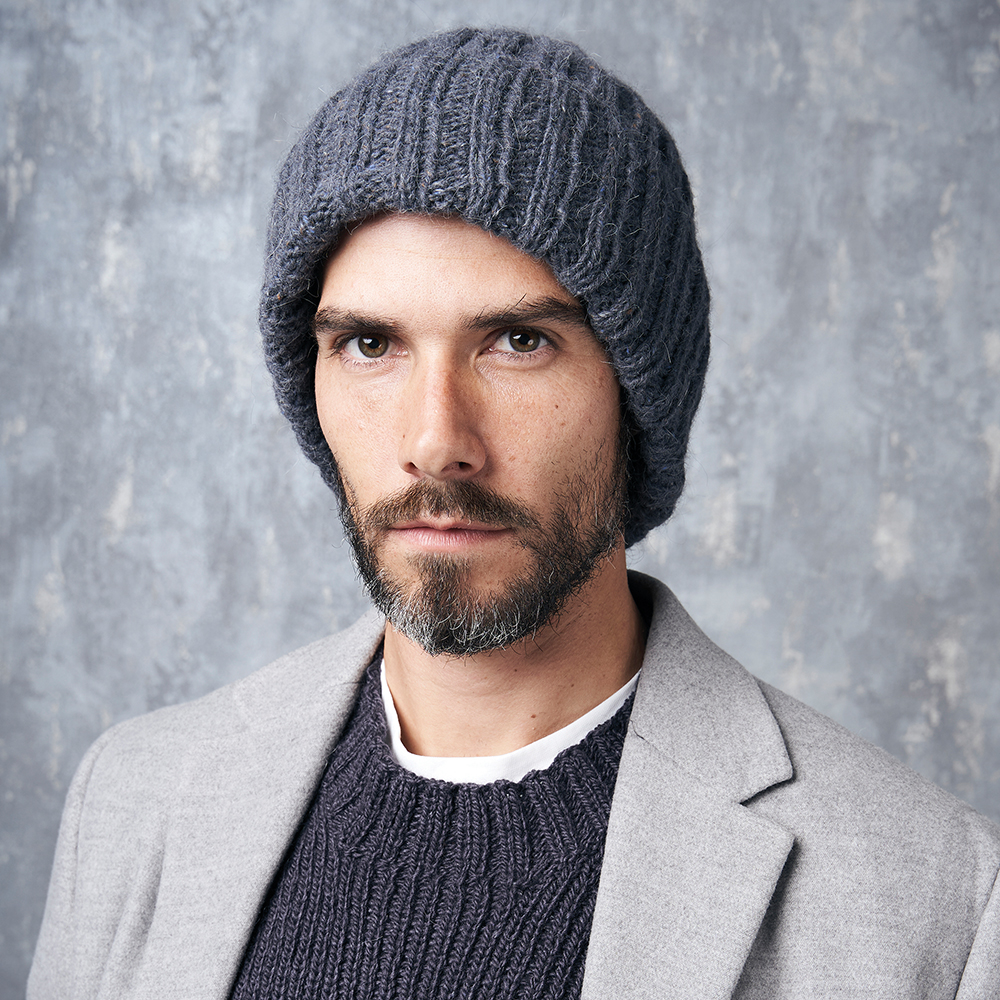 This men’s beanie is a perfect project for beginners who want to learn new skills. It was designed by Jen Geigley and uses our popular Felted Tweed Aran yarn, which is a lovely blend of merino, viscose, and alpaca. 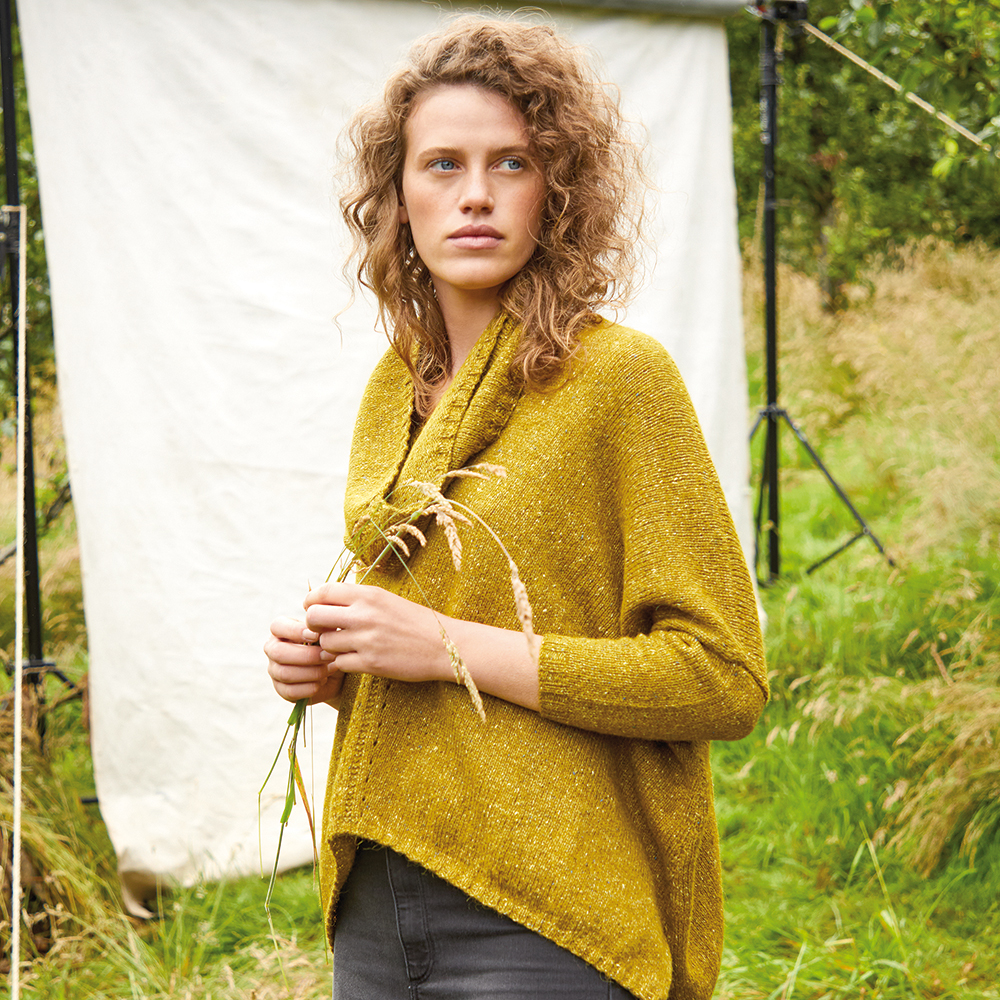 If you are in the mood for a lighter version of Felted Tweed, why not try the Scallop Sweater or Cowl by Lisa Richardson. Both are knitted in a single shade of Felted Tweed and feature beautifully shaped lines. The sweater especially has a very flattering fit! 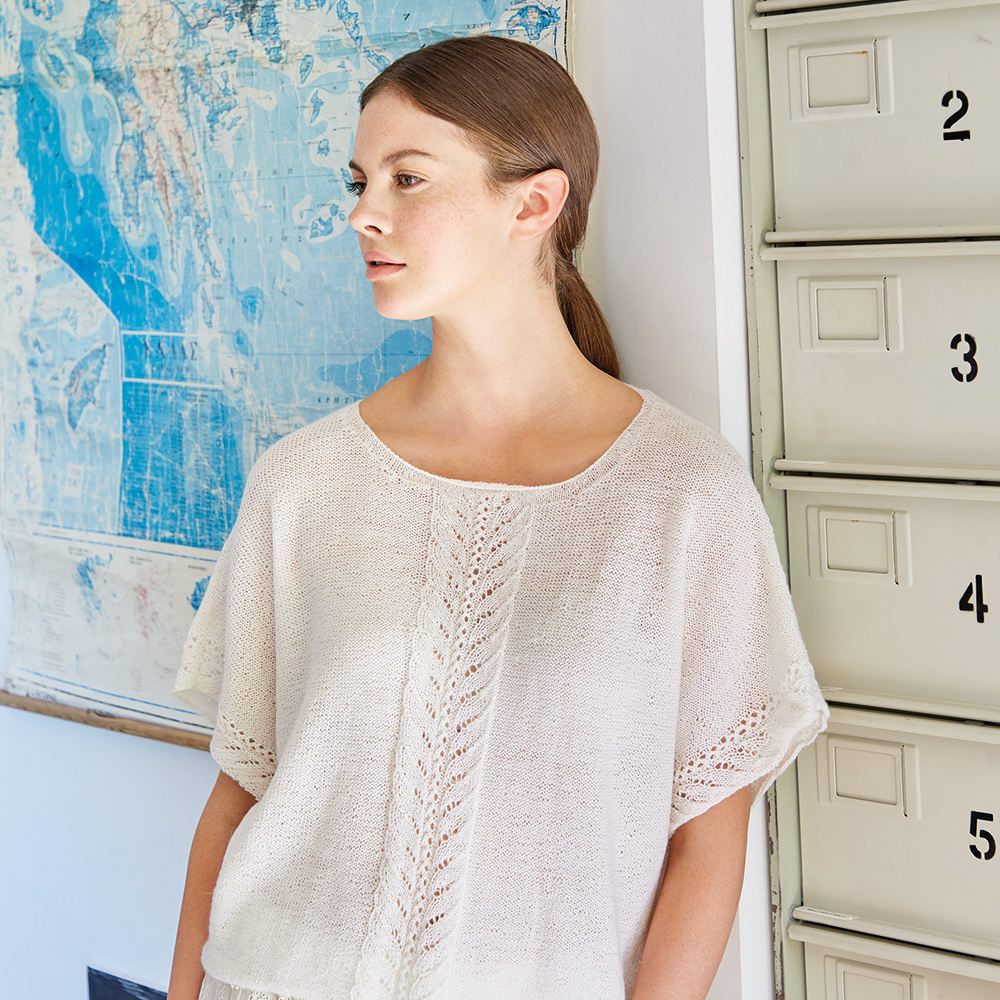 Knitted in Fine Lace, a delicate yarn blend of alpaca and Merino wool, this is a great summer project, proving just how nice wool can be in the summer. It was designed by Lisa Richardson and features an oversized fit, wide crew neck and a simple lace detail in the sleeves and body. 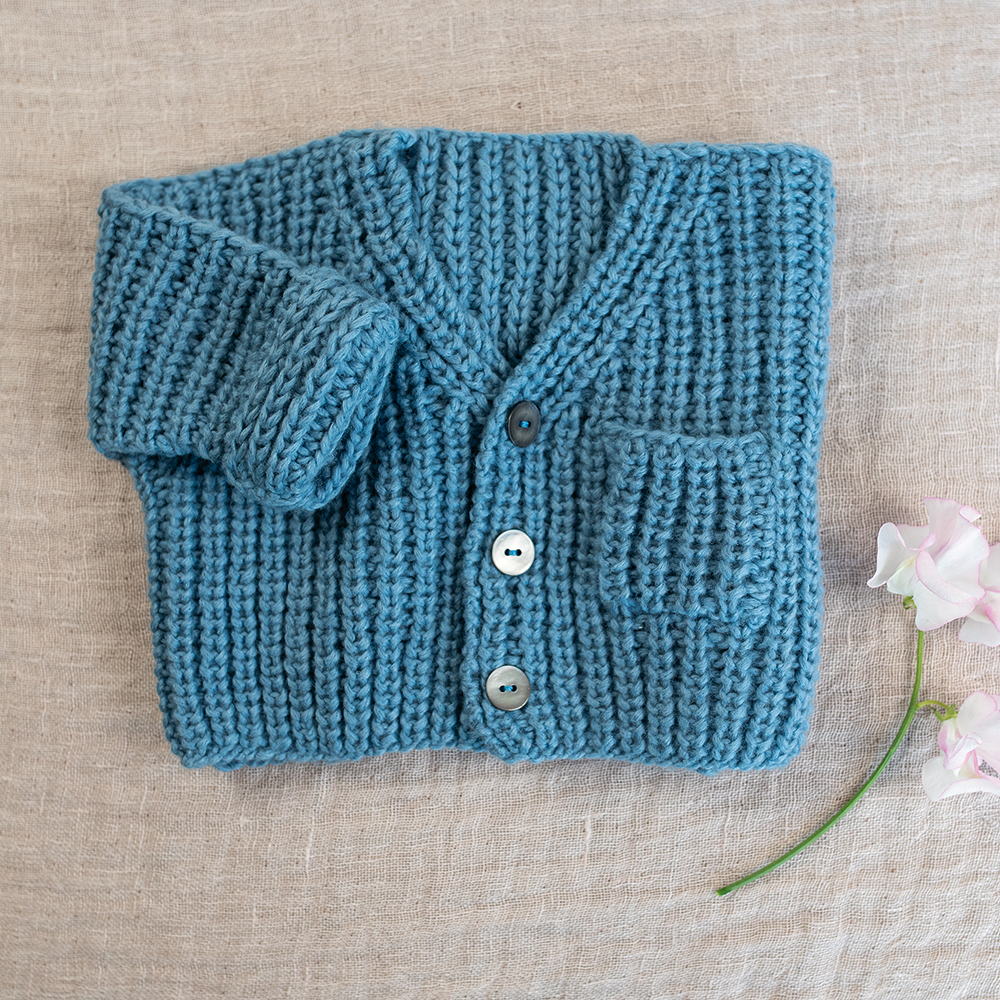 One of our latest yarns is Cotton Wool, a beautiful blend of Cotton and Wool. This yarn was specifically created for mama and baby. So, if you or someone you know is expecting, why not knit something for the little one? This adorable cardigan features brioche textures and modern v-neck shaping. 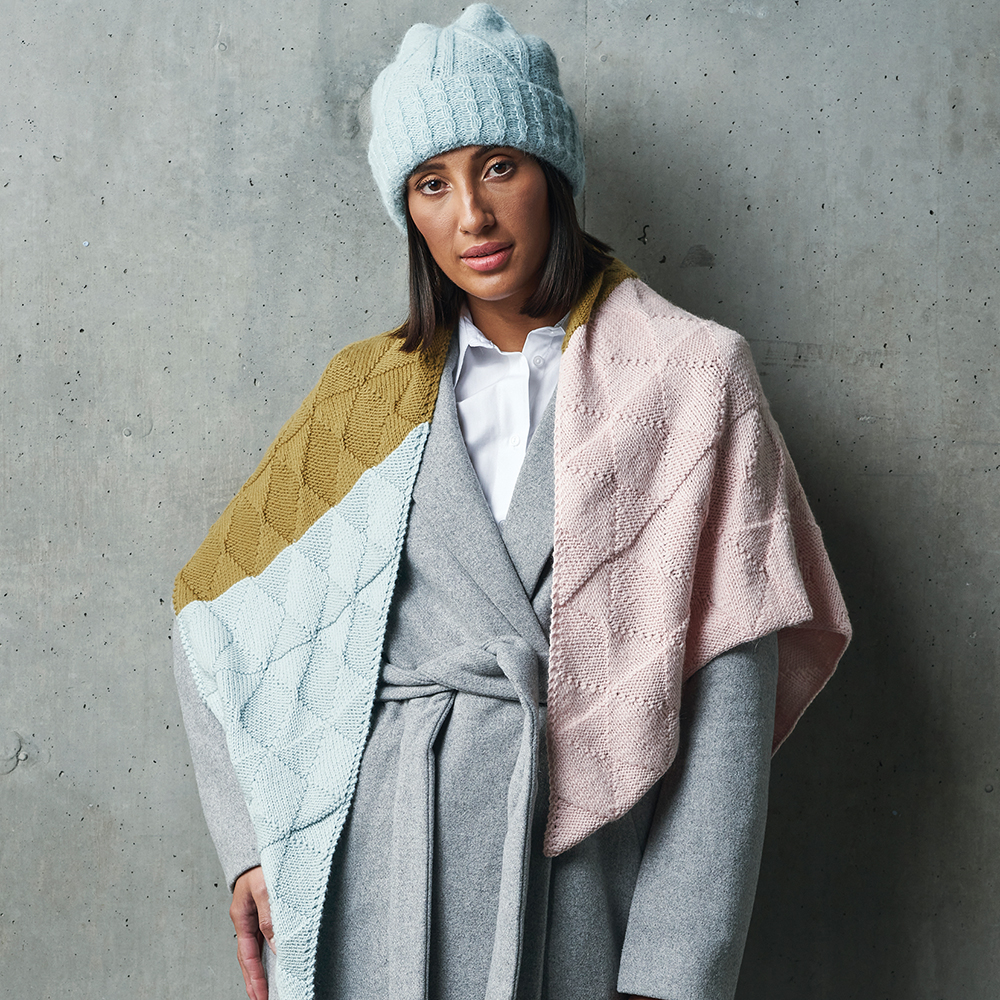 Alpaca Soft DK was the choice for this eye-catching shawl inspired by London’s architecture. Georgia Farrell's beautiful design features textured stitches that come through beautifully in this yarn blend of Merino wool and alpaca. It can be knitted in one or three shades and makes a great addition to any winter wardrobe. 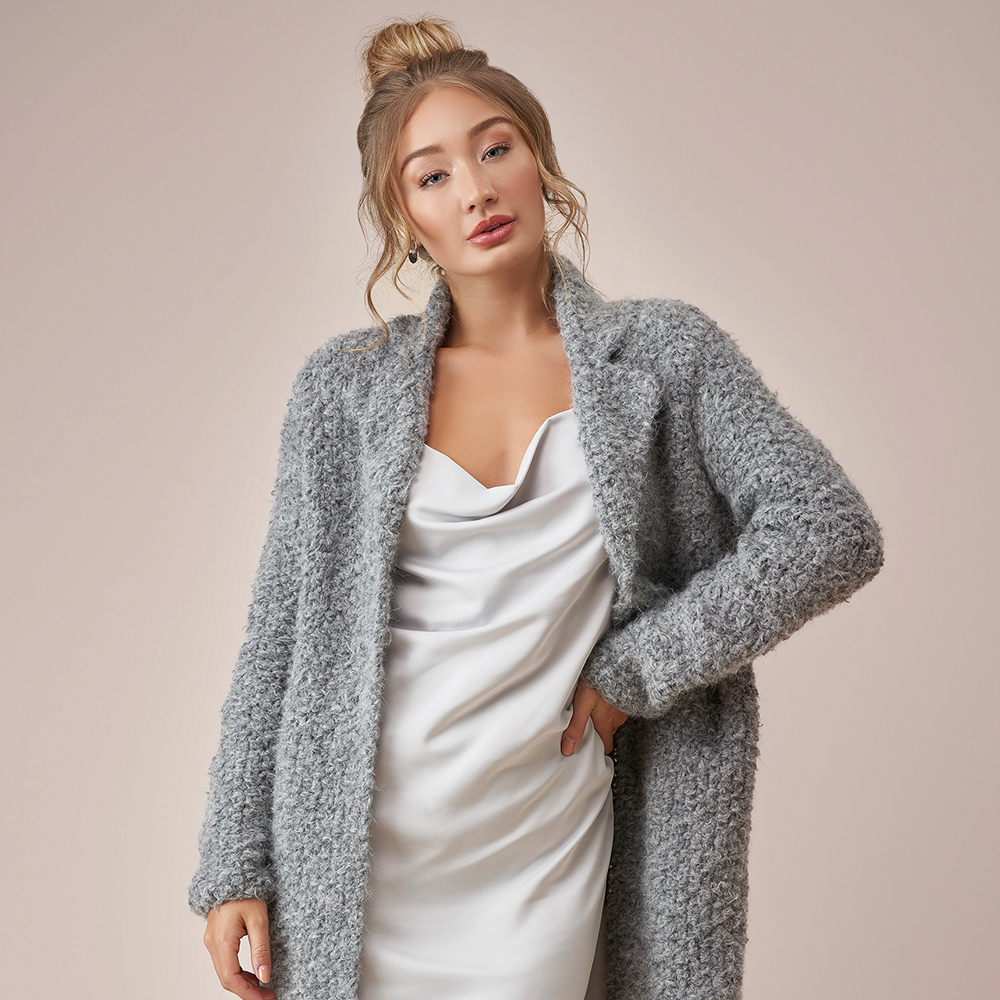 This Teddy Cardigan is knitted in Soft Boucle. This blend of cotton, alpaca, merino wool and polyamide was added to our yarn range with the autumn/winter season 2020 and quickly became a favourite with knitters. The long cardigan features tailored lapels and is perfect for office wear in winter.